It is akin to standing on the tee at par 3 over water with the pin tucked near the front edge, or like standing in the wings before stepping on stage – a thespian awaiting introduction and delivering the maiden speech, or just like taking the spot kick when the rugby game is balanced on points with minutes to spare.  Those are similar kinds of fear that I have when I look at my 11 year old son when plotting his future.  That is the level of trepidation I now feel when undertaking financial planning for his future needs.

I now stand exactly on the very same footsteps of my late father, and I truly shudder at the weight of that heavy responsibility.  I remember as a teenager how painstaking, steadfast and determined he was in nurturing us: my younger brother, 3 younger sisters and I.   He intended to arm us, his children, with the letters that would one day open doors to help us feed, clothe and educate our respective families later in life.

I can hardly stand without breaking out into sweat when I recall my late father, a young Sri Lankan, brought by Mr. Teerath Ram to a distant land to mould young men into scholars.  In another land where different cultures form the social fabric, complicated in later years when Bahasa Malaysia had to be mastered in order to continue earning his bread and butter.  He prevailed and became a much loved and respected teacher, an examiner for the erstwhile HSC, and who helped the Ministry of Education frame questions for the same examination.

His pupils knew of him as an excellent master in mathematics and physics.  And a master he was with 2 undergraduate degrees (with honours) from the then University of Ceylon and the University of London.  Although his pupils thought of him as a most dedicated and painstaking teacher, I sometimes wonder if they really knew the man – as he was at home or as a father!

He was stern but a loving father doting on all of his children and ever watchful over my 3 sisters.  He provided a wonderful home for us and for my mother (who taught at Tarcisian Convent).  We had a nanny and a maid which seems so totally alien in this day and age.  At times we even had three persons to help my mother care for the 5 of us, and of the household chores.  The family had the best of nutrition and cuisine, something I find lacking in most homes today.

The part I remember most is the supreme confidence he had in his vocation and his firm belief in our abilities.

“Father knows best” rings especially true now that I, too, am a parent! As a teenager, God blessed all of us with talent and intelligence though, sadly, not the self-belief or fortitude of a Tiger Woods or a Ryan Giggs.  How does a child develop self-belief at a tender age? I certainly had many anxious moments on occasions when I was tackling my schoolwork and examinations, or when I was on the tennis court facing a skilled opponent.  My late father believed!  He was there for my matches (although in the beginning he watched from a distance hidden from sight as I was too conscious and anxious), and he was there for my siblings as well in the matches they took part in.  He drove us to tournaments within and outside of Ipoh.  It must have been trying for him to have had so much more belief in us than we had of ourselves.  We did well enough and won accolades.  Yet we never truly overcame the fears when pursuing our endeavours in the way my late father pursued his.  He could have left us to our own devices but chose instead to continue drilling into us how truly capable we then were.  In class too he displayed the same level of confidence in his pupils who, I am sure, shared our feelings of self-doubt.

My late father demonstrated to us in every single way that confidence and self-belief are the result of hard work.  There is no substitute to putting in the hours – he never took shortcuts! He firmly believed in God, was a devout Hindu, and truly practiced the tenets of Hinduism.

The financial responsibilities he shouldered were not restricted to us alone.  It was extended to his sisters in Sri Lanka as well – covering their education and weddings – and he admirably discharged his filial responsibility as the eldest sibling.  Almost unheard of on two teachers’ combined salaries, my brother and I were provided the privilege of a boarding school education in England in our teens.  The pound hovered around RM5-7 then it is a little below RM5 now, yet as a lawyer with a fairly successful practice I would be hard pressed to provide my son today the same boarding school education in England as was provided to me, let alone for two!  Moreover, I would be heartbroken to send him off to boarding school since I am used to seeing every single day – so I can only imagine the pain my late father must have endured with both of his boys away.  We were cared for by his cousins during the school holidays.  If it is anything like how carefully I now nurture my son, my late father must have dreaded us adopting wrong values and assuming bad habits now that we were away from his watchful guidance.  In the 1980’s, my late father had nothing more than the aerogrammes and letters to keep him abreast on the state of our tender minds as there were neither email or Skype, or their likes that have now become so readily available.

Carrying these enormous responsibilities, my late father had to supplement his income by giving private tuition at RM40 per month per student.  It became apparent even then to all of us at home how so very dedicated he was to his tuition pupils.  He once made the parents of a struggling pupil wait outside the car long after class until the poor boy was able to grasp the very problem troubling him!  Having met a number of my late father’s pupils at the Alumni Dinner in KL in March 2013, I daresay his teaching skills and caring attitude towards his pupils are well appreciated to this day.

All five of us went to university in England and in Wales – what a magnificent achievement on the part of my parents, kudos to them!  I constantly remind my son that Grandpa wore the same trousers for twenty years and denied himself many personal luxuries so that we could have the very best in life that he could afford.  Nowadays, it is de rigeur for the family to go to the movies, holiday abroad, dine at restaurants, and have the latest gadgets.  It was so different way back then when we learned to live with and adore life’s simple pleasures and pastimes.  We lived almost like squatters at the public library devouring books voraciously at Mach 2 Speed!  And we spent many happy weekends cycling and playing at the D.R. Seenivasagam Park, always under the watchful eyes of my dear father.

After my father retired, with my siblings and I busy carving a niche for ourselves in our chosen professions, he began to focus his energy on tutoring the children at the Pure Life Society, visiting his homeland and challenged himself to reduce his golf handicap.  Here, again, my late father demonstrated his steadfastness – down on the golf course every day at 7am and then back to the driving range after lunch, followed by a nap.  In his last days, he was very much looking forward to golf with the alumni in Ipoh and attending the alumni dinner with me.  Alas, this was not to be.  God booked a tee-off time with my late father instead and, naturally, HE had the honour (or right of way in golf parlance).

For someone like me, the cloak of maturity took a few decades to complete and it was the birth of my son 11 years ago that opened my eyes to the kind of person my father really was.  My son was too young then to learn much from his Tamil Tiger, his grandfather – for as a toddler his grandfather was merely a playmate.  In a way, this article is intended as much for the benefit of past students of my late father as it is for my son.

Being such an accomplished and strong person, my father and I did not see eye to eye at times.  But now not a day goes by without my wishing that he was still here so that I could shower him with love and with all those things he denied himself in order to carve a future for my siblings and I.  Most of all, I wish to simply hold his hand and take him back to ACS Ipoh for that one final tour.

(After leaving the ACS, Thilakan went to the UK and boarded at Ashville College.  He was subsequently awarded the LLB degree by London University.  He is now an advocate and solicitor and the proprietor of a legal firm in Shah Alam.)

My father was born in the village of Myliddi, Jaffna in Sri Lanka.  His father was a sundry shop owner and the best decision my grandfather made was to send my father to boarding school at Jaffna College.  His character developed and it sparked the traits of leadership, hard work and determination which brought him up all the way to the University of Ceylon and a degree in mathematics.  He then worked two jobs (as a lecturer at the university and as a demonstrator at the technical college) to support his family in Myliddi. He also was awarded the BSc (London) as an external student.

Initially, my father wanted to migrate to the UK and had made the necessary application at the British High Commission in Colombo.  As fate would have it, the British High Commissioner himself introduced my father to Mr. Teerath Ram who was on a mission to Ceylon recruiting teachers for the Ipoh ACS.  Both had a heart to heart discussion which happily ended in Britain’s loss and Ipoh’s gain.

When my father first arrived in Ipoh, he stayed at the YMCA for a time.  He was subsequently introduced to my mother by arrangement; they wed and fell in love!  Moving to Fair Park, then Lim Gardens, they finally settled in KL in 1984 upon his retirement.

My father died in 2004 whereupon the family decided to honour him by establishing the “S. Ramalingam Further Mathematics Memorial Prize” to be awarded to the Upper Sixth student with the best score for Matematik Tambahan in the school’s trial examination. 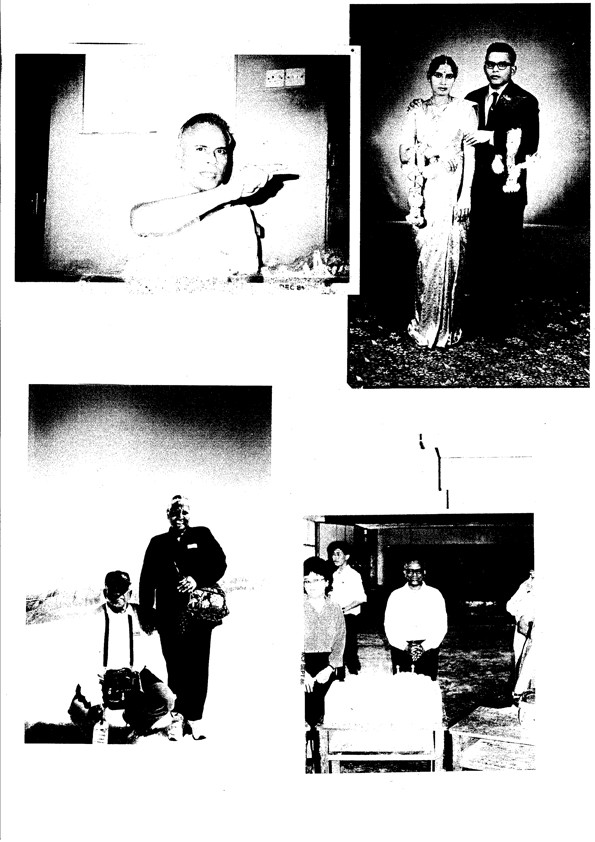 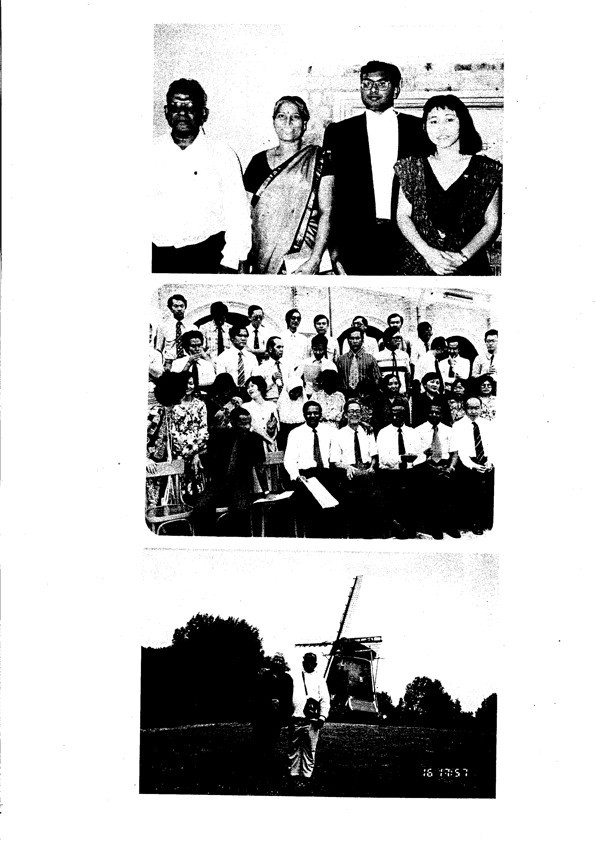