Welcome to the 43rd Principal of Our Alma Mater

Our Alumni Association bids Mrs. Lee a happy retirement and extends a warm welcome to Mr. Lee, the new Head.

Mr. Lee shares with us below his aspirations for Ipoh ACS. 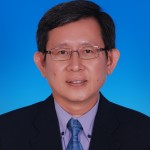 I was born in Ipoh just four days after our nation’s Independence Day. I had my primary education in Guru Nanak Primary School from 1964 until 1969, followed by my secondary education in Labrooy Secondary School (1970 – 1972) and Anderson School (1973 – 1976). I received my training as a teacher at Ipoh Teachers’ Training College and later obtained my Bachelor of Education degree from USM in 1987.

My first priority in ACS is to ensure and safeguard  that its ethos and character as a missionary school is not eroded. Next, it will be my aspiration to improve what the school has achieved so far as success is not an end by itself but rather it’s a journey. There’s still room for excellence both academically and in co-curricular fields especially in sports and co-academic activities. The other emphasis will be on holistic education for the students. Hence, I shall be consolidating all effort in raising not only the level of academic and co-curriculum achievement but also in enhancing discipline, civic-mindedness and the development of soft skills among the students.

A conducive school environment is very much a prerequisite for attaining further achievements for the school. In this aspect, the school will continue to work very closely with the Board of Governors, Parents and Teachers and the Alumni. I sincerely extend my invitation to the Board, the PTA and the Alumni to work together as a team so as to bring greater glory to our beloved ACS.